Posted by craigbowlesmtb on August 3, 2018 in Achievements, Weekly 'Run Down'
Q) For members who don’t know you, tell us a bit about yourself?
A) Lawyer, former long-term couch potato, wife to a long-suffering husband, stepmum to a wonderful, grown-up stepdaughter.
Q) How and when did you get into running?
A) This is entirely down to Tamzin Evershed (dear friend & fellow SJ).  I was never into exercise at all, detested running at school, made minimal use of a gym membership for literally decades. Finally, after accumulating a sizeable calorie community around my waist, a mortifying episode involving a camel and a mountain.. and Tamzin’s kind & frequent efforts to persuade me I might like running, I found myself at Frimley Lodge parkrun in 2014. I knew so little about it & was stressing (amongst other things) about my glasses falling off, that I almost believed her friend Niall when he said they had a separate holding pen for people with spectacles!! So I waddled my way around Frimley a few times, then sprained my ankle (4 times!)…  gave up.. put on even more weight… then a few years later, (Tamzin is a persistent lady!), she somehow persuaded me to re-start & to join SJs last year. Now, I like running so much that my team at work have all but banned me from talking about it.
Q) What do you enjoy most about being a member of Sandhurst Joggers?
A) The friendliness and diversity. I was honestly terrified before my first club run last year (never having run more than 5k), yet Monica & her group put me at ease very quickly. I love the variety of the organized runs & the way that all abilities are catered for.  And meeting so many amazing people who offer inspiration, encouragement, advice & entertainment (with or without wine), depending on what you need at the time – I challenge anyone to find better value anywhere in Berkshire for £15! 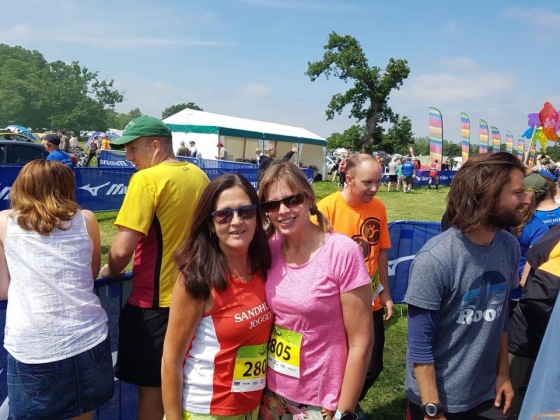 Q) On which of the weekly runs are we most likely to bump into you?
A) It used to be Tuesdays, though less regularly now due to other commitments. So far, I’ve tried out all the options except the Thursday threshold, (still working up to that one Nikki). True that Mondays defo make u faster (no doubt cos of Patrick’s hill obsession), Tuesdays are great socially as so well attended, and intervals are a good way to challenge yourself, but then I really like Wednesdays as Andrea & Sharon have less hills, Friday track is great as no hills at all (& even I can’t get lost), but then Sunday lookout is v relaxed & scenic. Too hard to choose a favourite!
Q) I see you’ve mainly run at at Bracknell, of the other venues you’ve run at which is your favourite and why?
A) I really like Rushmoor as it has a flat, open route and a relaxed atmosphere. Also enjoyed the trip to Bushy and look forward to more SJ tourism!
Q) What other events are on your programme for 2018?
A) The final Dinton 10K, then Cabbage Patch and GSR in October. I’d like to do another half marathon or 2 this year, maybe with a view to my first marathon next year. 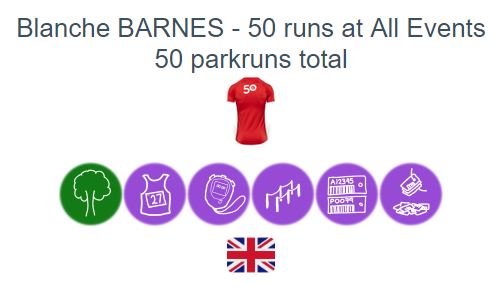 Blanche ran her first Parkrun on 29th March 2014 at Frimley Lodge, here’s some more achievements for the statos taken from the ‘Parkrun Challenges’ Chrome Extension:-

26 x of those at Bracknell 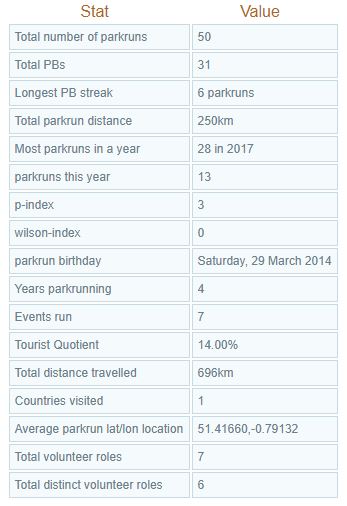 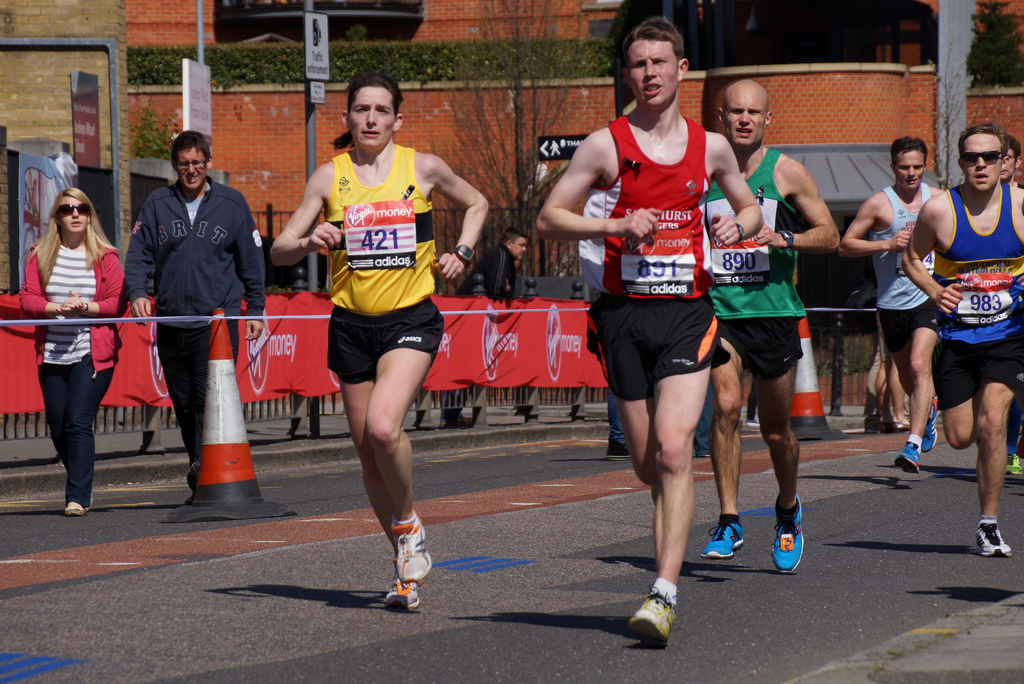