Posted by craigbowlesmtb on August 28, 2018 in Race Reports
Before I start to tell you about this fabulous race, there are a couple of things you should know about me:
1. I am a wimp
2. I do not like heights that much, especially if there is a drop right next to me!
I signed up to the 23km distance Trail des Hauts Forts, after having a few drinks at my friends house. It just so happened that the race was going to take place on the 11th August, the middle of our two week stay, and the start was within walking distance of where we were staying, so it had to be done!
After initially considering the 42km, thankfully common sense prevailed and I opted for the shortest distance, this being my first ever trail race in the mountains… In the lead up to our holiday, I tried to throw in a few more hills, but I don’t think anything could really have prepared me for the 1920m of ascent, and twisty single tracks up mountain sides! 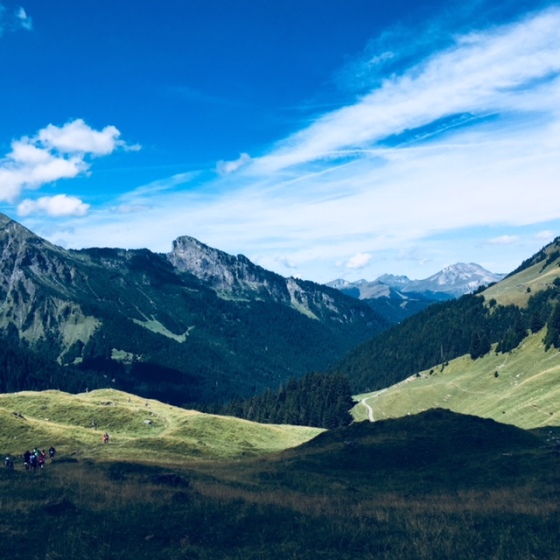 Once we arrived in Morzine, at my friend’s beautiful chalet, I was straight into holiday mode, eating and drinking all day, but we also hired mountain bikes, so kept active.  I went for a 5 mile run in the rain on the Thursday before the race, just to make sure I was acclimatised to the altitude…
Friday soon arrived, and I went along to collect my race number..  we were given a number and a nice goody bag with some great branded socks!  I was also pleased to learn that the 23km race didn’t start until 9am. The other distances all set off at 6am!
I made sure I had a slightly less booze evening, and set my alarm for the morning.   As ever, I didn’t sleep too well, and heard the commentator and starting horn at 6 for the longer distance races, which set the nerves off a little!
After a quick breakfast of croissant and pain au chocolate (not my usual pre-race breakfast, but it seemed to do the job!) I set off for the start. There was a bag drop and even a drinks station with coffee for the runners..  there were quite a few British runners (the organisers helpfully put your home flag on your number) but the majority were French, Swiss or Belgian, so there wasn’t much chit chat for me…  also, most of the runners had walking poles, which worried me slightly, but there wasn’t much I could do about it at this point!
Finally the starting gun sounded and we were off, up a steady incline from town to the ski slopes..  I set off at a gentle jogging pace, hoping to run as often as I could and for as long as possible…  once we hit the first hill, however, everyone was walking and I decided to join them!
After a long, gentle incline there was a lovely down hill section past a waterfall, and people getting ready to go canyoning..  a few shout outs from these people helped to propel me forward a bit.  Soon the downhill section ended and we started to work our way up a very twisty, turns and narrow track, with quite sheer drops to the side..  at this point, I did start to wonder what I had signed up for!

After a very long time going up this track in single file, some walking and some (careful) running, we arrived at the top of a lovely mountain…  the views were stunning, and the sun was shining..  all felt good, and I met a lovely British lady called Debbie, who chatted with me for a few minutes before I took off again.. I was making good progress, running as much as I could and walking when it was very steep or difficult, and arrived at the 15km checkpoint in just over 2 hrs..  I felt pretty pleased with myself here, and made the most of the varied offerings – salami, cheese and crackers, as well as chocolate and full fat coke!
On leaving the checkpoint, a very long ascent began…  I managed to run quite a way, until the mountain started to beat me…  it seemed to go on for ever, and I had to stop and rest (and take photos) regularly.  Hence, this was the slowest mile of the race for me, at over 44 minutes!  After what seemed like hours, I eventually made it to the top, where I was greeted by some stunning views. At this point, I bumped into Debbie again, and we both agreed that we may have underestimated this race!

After this brief respite, we continued to work our way up another mountain…  at this point, it got even more hairy….   there were points where there was rope to hold onto as the path was so steep, rocky and narrow.  Then there was a section of path that was like slate on an angle down the mountain..  a runner a few in front of me slipped and had to be helped over..  this really got me worried, and I literally sat down on the mountain holding on for dear life to get over this!!!!  The adrenaline was definitely pumping at this point!

Finally, we reached the peak of our climb, and there was even some snow to walk across… thankfully, the descent started here, with another checkpoint and a grassy, rocky trail down to Avoriaz.  Here, the French runners were able to zoom past me, but when we reached a gravel track, my legs came back to life and I was able to overtake a number of people, including my friend, Debbie.

The final section into Avoriaz included yet another hill, and I had to walk once more… however, I knew the end was in sight, and as the hill finished I was able to run to my boys who were waiting for me..  they ran the last stretch with me and I made it over the line in 4hrs and 52 minutes. 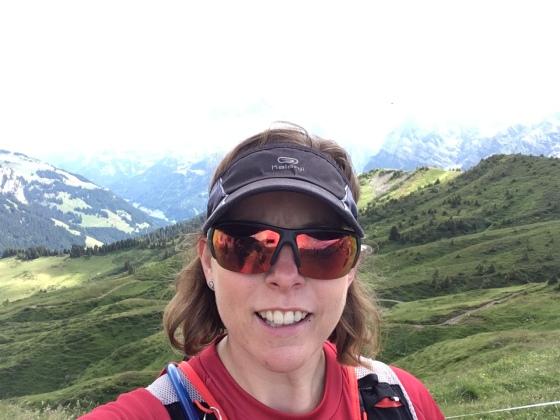 The relief was immense!  I’d made it to the finish, alive and fairly well!  I am so pleased and proud of myself that I completed this race, considering what a wimp I am!  It was absolutely stunning, and I would recommend it to anyone wanting a challenge, but just be prepared for some serious climbing! 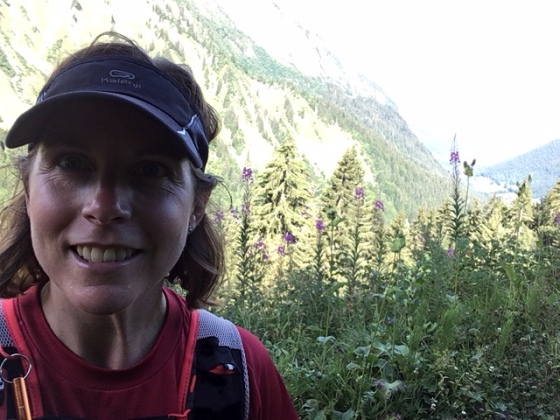